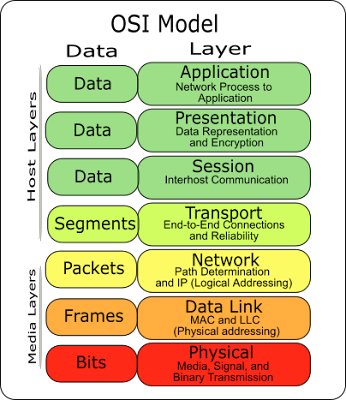 In OSI model, a 'packet' refers to a a data unit at the Network Layer.
In the Data Link Layer data unit is a frame..
In the Transport layer it's a segment or data gram.

The term frame is used to refer to a packet at data link layer.


The packets get encapsulated into frames so that they can be transferred over different media to the end destination. It is still the same data with a frame header.They are split up differently due to varying window size.
A host computer simply arranged the data in the correct packet format, insert the address of the destination host computer, and sent the message to the Message Processor. Once the message was delivered to the destination host, an acknowledgement was delivered to the sending host. If the network could not deliver the message, it would send an error message back to the sending host.

Posted by Niranjan Meegammana at 11:08 AM